Silent Reflux in Babies: The Story You Need to Hear

Silent Reflux in Babies: Her Powerful Story Will Amaze You

Most parents have never heard of silent reflux in babies, and infants might not get the help they need. This mom’s story of discovering silent reflux in her baby and overcoming it will inspire and encourage you!

Sarah from Frugal Fun for Boys is here to share her powerful story about silent reflux in babies. She is a homeschooling mom to five and a violin teacher. Two of her little guys experienced acid reflux as babies. She is sharing their journey in discovering silent reflux, diagnosis, and treatment of the symptoms. Reflux affects many babies and children, which can have a huge impact on how and what they eat. Sarah has more posts about reflux over on her blog.

In the spring of 2009, I was expecting my third son, Owen. As a veteran mom, I figured that I pretty much knew what to expect. My first two boys were terrible at nursing at first, but we worked through those challenges, and they both went on to be chubby babies who were good eaters and grew well. I expected that my third son would follow the same path.

Well, that wasn’t what happened.

I first suspected that something was wrong at about six weeks of age when Owen would begin nursing only to pull off, arch his back, and scream just a few minutes into the feeding. If I stopped the feeding and put him down, he was content and happy. If I tried to get him to finish nursing, he became very upset. I had no idea what could be wrong with Owen, and I assumed it must be a problem with nursing. We put off going to the pediatrician because my husband was out of work and we were uninsured at the time.

When Owen was 3 months old, my husband had a great new job and insurance coverage. We went to the doctor the first week that we had insurance! By this point, I was exclusively pumping and bottle feeding because it was very difficult to manage Owen’s “snacking” approach to eating with two other boys to care for as well. With the bottle, I could see better what was going on. I explained to our pediatrician that Owen would drink 1-2 oz. and then begin arching and crying. The pediatrician suspected silent reflux (meaning that the refluxed material does not come all the way up as spit-up), and sent us home with a prescription for Axid. He said that we should see a difference after a few days on the medicine if reflux was truly the cause of Owen’s feeding troubles.

We tried Axid, and it initially seemed to work, but a couple days later, Owen was back to arching and refusing his bottle. The doctor had us try Prevacid. It was very difficult to give, and Owen came down with a cold as soon as we started it, so that made us wonder if the Axid really had been helping and the poor eating was simply the result of the cold coming on. At four months, Owen began teething, and his eating was really affected. He rarely drank more than 1.5- 2 oz. at a time. At five months, Owen had an upper GI test done (normal results – did not show any reflux) and he spent a month on Axid with inconclusive results. At 6 months, we stopped the Axid, because according to our doctor, Owen was probably close to outgrowing his reflux.

Actually, he wasn’t close to outgrowing it at all! 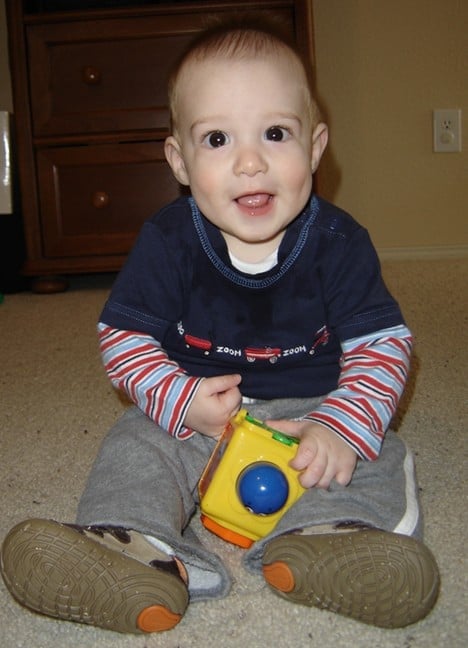 When will the Silent Reflux in my baby End?

At 7 months, Owen was crying when we approached the chair where we fed him. Teething seemed to make his eating much worse, and he was constantly teething! Much of the time, he would not allow us to hold him while we fed him his bottle – he preferred to be in his bouncy seat. If anything remotely more interesting was going on, he would not eat. He would not eat solid foods, and honestly, getting him started on solids was the least of our concerns! Also, most of his milk intake was in a sleepy state before his naps. If either of his brothers interrupted us, the feeding was over! He stopped nursing completely at 4 months, so I was pumping full time while also teaching part-time at a private school, and homeschooling a 6-year-old and a 3-year-old. When I look back at the stress of that time in our lives, I realize that it was only God’s grace that got us through! Even now, I am amazed at the strong feelings of stress that wash over me when I think about that stage. There’s nothing quite like wondering if your child is starving himself.

One night, I posted my desperation on facebook, and a friend put us in touch with a feeding specialist that she knew. (Read more about how to begin feeding therapy.) She was an incredible source of encouragement and information! First of all, she assured us that this sounded like classic reflux. She gave us some tips for dealing with the reflux, such as elevating the end of his crib mattress and moving him out of his infant car seat and into a convertible seat. Because we could not “see” any of Owen’s symptoms, it was helpful to have someone assure us that reflux was his problem and that simple positioning tricks would help reduce the reflux. Owen was hoarse from the acid by this time, so we started him on Axid again at a higher dose, and Owen seemed more comfortable drinking his bottles within 48 hours! The feeding specialist also recommended that Owen see a dietician, and we eventually saw a GI specialist as well.

Owen’s reflux was ugly. And he didn’t outgrow it at 6 months, or a year, or even 18 months. But he DID outgrow it!

10 months old and sneaking a snack from the diaper bag – a moment that I was so happy to see!

Where are we now? Well, Owen is 3.5 years old and enjoys eating and snacking! Because of the feeding aversions that he developed, he did not begin to eat solid foods in any sort of reasonable quantity until he was 18 months old. He drank high calorie formula for most of his nutrition until 18 months, and didn’t give up formula completely until 2 and a half. But we made it! The formula and bottles are finally a thing of the past, and Owen loves to eat fruits, veggies (he loves carrots and broccoli), most meats, peanut butter on crackers or apples, and cheese. He had a dairy sensitivity, which he has outgrown. He has been off his medicine since age 2. 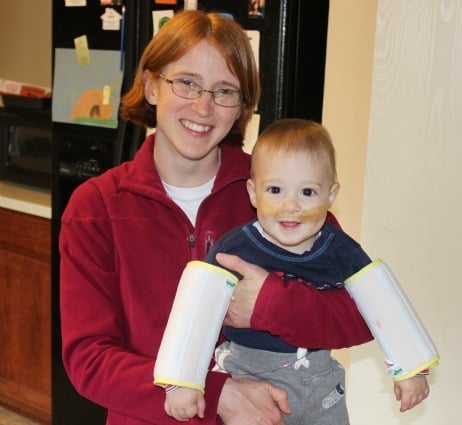 Infant reflux can really affect life for both baby and parents! If you need more help, consider contacting a feeding therapist that specializes is silent reflux in babies. You can find one through early intervention, free if you live in the states, or privately.

Have something that helped your baby with silent reflux? Share it in the comments below!

Sarah Dees is a homeschooling mom to four boys ages 9, 6, 3, and 10 months. She blogs about inexpensive and easy activities to keep boys busy and learning new things at Frugal Fun for Boys.

More on Acid Reflux in Babies

What to Do When Baby Won’t Eat Solids: 7 Simple Steps

A Hidden Cause of Picky Eating: Acid Reflux

The Ultimate Guide to Feeding Milestones for Babies and Toddlers 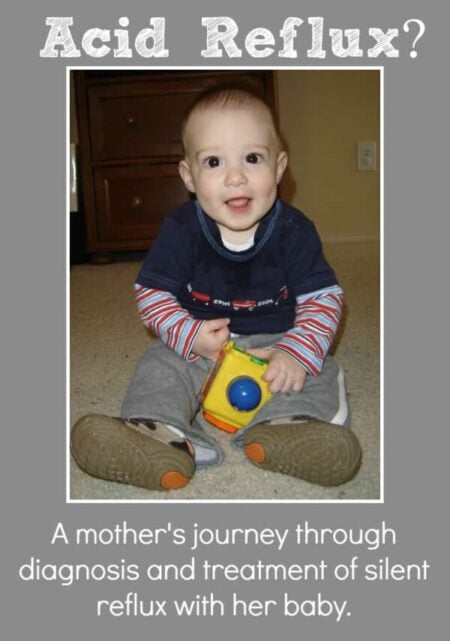