When Kids are Sensitive to Smells and Gag or Worse

When Kids Gag at How Food Smells: A Plan for Parents

Does your kid gag or even throw up because they’re sensitive to smells, especially from food? It may seem strange, but there are some real reasons why and more importantly ways to help them! 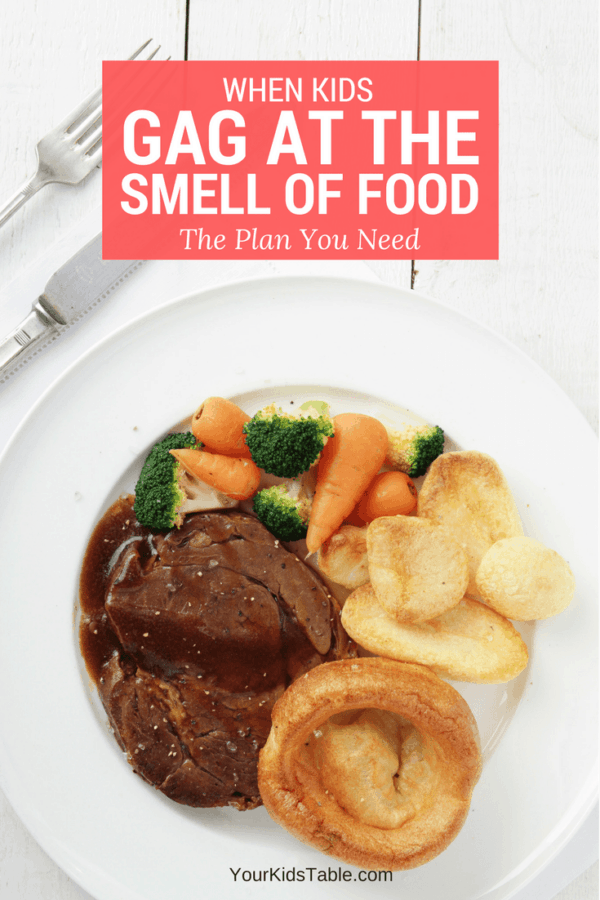 Does this sound familiar… you’re feeling good about the fact that you’ve pulled dinner together. The kids are miraculously keeping themselves busy. You’ve thought through what you’re going to serve, making sure that you also have a side of the only mac and cheese your child will eat. A few minutes later you call the kids to the table and your daughter immediately starts freaking out about the smell…

Through her gags, you hear her saying something about the broccoli. And, while you want her to stop gagging, you’re not even sure what to do, not that it matters that much because at this point she’s run out of the room because the smell of the broccoli was so horrific.

While this isn’t the case for every picky eater child or toddler, it does happen quite a bit. And, if it’s happening in your home, it can get overwhelming and confusing real quick. So let’s talk about it why kids do gag from the smell of some foods and what you can do to actually help your kid get over their sensitivity to smells, especially in the kitchen!

What’s Going on, Why the Gagging?

As parents, we tend to freak out a little when we see our kids gag, it sends those little hairs on the back of our neck straight up in the air because every parenting instinct is telling us something is very wrong. (Unless you’re totally desensitized to your child’s gags from smelling different foods because it happens so frequently, which is also possible. But, in the beginning, you were probably alarmed!)

This is even truer when we see babies and toddlers gag, even if it’s due to a sensitivity to smell. It’s hard not to think, “What is wrong with them?”

For the mommas out there that ever had a sensitivity to smell while pregnant, you may be able to relate – a little. After all, your hormones were out of control! But, here’s the thing, those hormones during pregnancy made your sense of smell much more sensitive, it was like you had the smelling capabilities of a dog.

Our children’s sense of smell could be just as sensitive.

The smell, or olfactory sense, is unique to every individual, and just like with each of our senses, we could have a very poor awareness of it or be hyper-aware (aka sensitive). It’s sort of like a spectrum, all of us falling at different points of sensitivity. I’m sure you also know some people that hardly smell anything.

Either way what this all boils down to is your child’s unique sensory system (Head to “What is Sensory?” to learn more).

For kids that’s are more sensitive to smells, what seems like a very mild smell to us, could, in fact, be quite strong for our child. And, our natural response to an absolutely repugnant smell is to gag. This is totally normal.

What’s not quite within the norm is that a food like broccoli, ham, cheese, or any other ordinary food can cause such a response. But, there’s something else that could be going on here too…

Is Your Child Sensitive to Smells or is it About the Food? 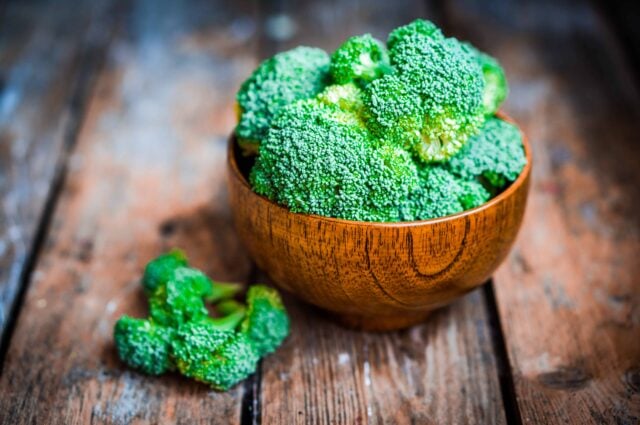 And, for some kids, the extreme picky eating came first. Meaning that if a child is so selective about their foods that they just don’t interact with a lot of different foods, this in and of itself can cause a sensitivity to smells, simply because of a lack of exposure. And, for some other kids, it might not be as much about the smell as it’s more about the thought of eating the broccoli that’s making them gag. Head over to Sensory Issues with Food to learn more.

In my OT and mom experience (oh yes, this has happened with two of my children at different points), the sensitivity to smells and picky eating are most often intertwined.

How to Help them Stop Gagging at Smells

I’ve got two approaches for you, each with a few strategies, the first is most important and gives you some tools for dealing with sensitivity to food smells in your home.

1. Respect the sensitivity: Once you’re able to understand that your child isn’t just being a pain (even though it is one), it’s way easier to be sympathetic and patient. I’m not saying this is a perfect road, but the sensitivity IS real. Let them know that you’re on their team by respecting that they actually are sensitive, that doesn’t mean overly catering to them and never cooking broccoli or any of the offending foods again though.

There are a couple of different ways that you can show them that you get it, which actually will cut down on the gagging, or even throwing up (yes, some kids are so sensitive it will get to that point):

2. Desensitize: If you want to level up and really help your child get over their sensitivity to smells, you can actually work on desensitizing. Here’s a couple of ideas on how to do that:

If you’d like to do a quick check on some other sensory red flags, ones you might be missing, grab my special free printable checklist. This isn’t any sort of diagnosis, just a way for you to check in on some of the quirks and maybe some confusing things your child does. Remember when you know why you can begin to help them!

The Best Solutions for Clothing Sensitivity in Kids

Everything Oral Sensory: The Total Guide

Does Your Child Have a Sensory Sensitivity?

Might want to know where to find this one again. Go ahead and pin it to your parenting board!